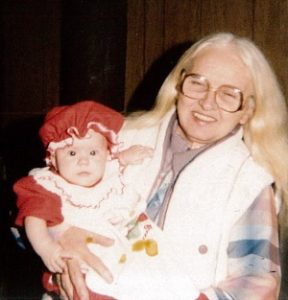 Virginia Ruth Coleman, age 90, of Constantine, died Saturday, October 2, 2021 at her home. She was born in Vicksburg on April 21, 1931 to Theodore and Amanda (Marshall) Renner. She was married to Willis F Johnson on March 27, 1948, and they were later divorced. On October 5, 1989, Virginia was married to Tex A. Coleman. Virginia enjoyed fishing, playing pool, and throwing darts. She loved dancing, her dogs, and most importantly, she loved her family.

In keeping with her wishes, cremation has been conducted. There will be a graveside service held on October 9, 2021 at Mendon Cemetery at 1:00 PM. It is suggested that memorial donations be directed to a charity of the donor’s choice. Memories and condolences may be expressed to the family at eickhofffuneralhome.com