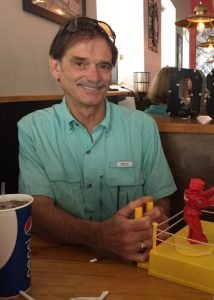 Keith was born on November 24, 1953 in Coldwater, a son to Kenneth and Ellen (Swift) Jackson.

Keith graduated from Colon High School with the class of 1971. He worked as a tool and die maker his entire life.

Keith was preceded in death by his father, Kenneth Jackson.

Following in the family’s wishes cremation has taken place. A memorial service will be planned and announced at a later date.