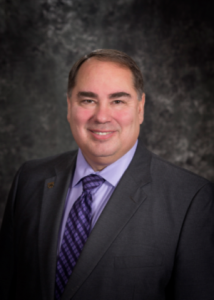 Citing concerns over the leadership in Lansing and the direction of our state, local businessman Scott McGraw has announced his candidacy for state house in St. Joseph and Cass counties.
McGraw, a Republican, is the current Sixth District chairman and formerly the Kalamazoo
County chairman.
“As a small business owner, I have felt the squeeze of government on companies … and our lives,” McGraw said. “I pledge to fight for the freedoms our constitution promised its citizens: Life, liberty and the pursuit of happiness. We must keep Lansing out of our business and return to a life we all can enjoy!”
McGraw has four core values to his conservative Christian philosophy: pro-life, pro-guns, profamily and pro-business. His conservative values are rooted in Ronald Reagan’s belief in policies based on supply-side economics and advocated a laissez-faire philosophy. Reagan sought to stimulate the economy with large, across-the-board tax cuts.
“I believe in lower taxes, less government and more freedom,” McGraw said. “With limited government, individual responsibility and economic freedom, we will see more jobs, more opportunities and a brighter future for everyone.”
McGraw grew up in Southwest Michigan, graduating from Western Michigan University. He went to work for the Three Rivers Commercial-News out of school. After many years there, he bought his own small newspaper business in Branch County and grew it to several weekly newspapers in the area, including Bronson, Union City, Jonesville, Colon and Vicksburg. He maintains his ties to the Three Rivers area as a co-owner of the local radio station for the past 20 years.
He and his wife Marcia have three grown children, all living in right here in Southwest Michigan.
He knows the importance of Christian values to raising a family. McGraw knows young people are the greatest resource we have and for him raising a family is one of the greatest responsibilities. He will fight for the values that our families in Southwest Michigan deserve to protect our children.

McGraw learned the value of hard work through his journalism degree and working at local newspapers. He further enhanced those values through his involvement in politics, serving two terms on the Kalamazoo County Commission and with his service to the Kalamazoo County Republican Party, where he has been involved for the past 10 years, serving four terms as chairman. He is also currently chairman of the 6th District Republican Party, which includes St. Joseph, Cass, Berrien, Van Buren, Allegan and Kalamazoo counties.