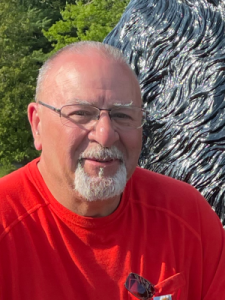 He was born February 20, 1963 in Detroit, the son of Donald and Beatrice (Perreca) Bazant.

For many years, Ted worked as a truck driver for Estes Express Lines of Marshall.

He loved his motorcycle, boating, animals and his family; he enjoyed watching football, especially the Colts. He was a member of the Corey Church of the Nazarene.

Ted was preceded in death by his mother, Beatrice Bazant.

Donations in Ted’s memory may be directed to Corey Church of the Nazarene. Envelopes are available at Hohner Funeral Home.