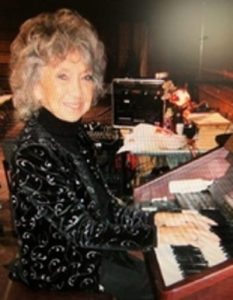 Wilma Jean Rench, age 92, formerly of Colon, passed away Tuesday, November 9, 2021 at Thurston Woods Village in Sturgis. Wilma was born in Leonidas on October 26, 1929. As a professional organist, Wilma played for local bands, the Abbotts magic get together, and was the organist for the Colon and Athens Methodist Churches for many years. Wilma was preceded in death by her husband of 54 years, Jack L. Rench, and her brothers: John (Selma) Lyster, and Harold (Mary) Lyster. Wilma is survived by brother Robert (Edith) Lyster, daughter Brenda (Jack) Walker of Bonita Springs, FL, son Glenn (Sandra) Rench of Colon, good friend Emitt “Ed” Potts, 4 grandchildren, 6 great grandchildren, and many nieces and nephews. A private graveside service will be held at Lakeside Cemetery. In lieu of flowers the family asks memorial donations be made to the Colon United Methodist Church. Online condolences may be left for the family at Schipperfuneralhome.com