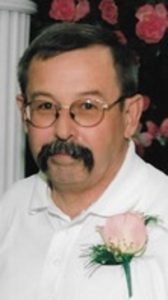 William Clarence Milliman, age 72, of Bronson, passed away early Sunday morning December 12, 2021 at Sturgis Hospital.
He was born May 16, 1949 in Sturgis, son of the late L.B. and Gladys Milliman.
Bill was a lifelong resident of the Sturgis and Bronson area and a graduate of Bronson High School with the class of 1967. He furthered his education at Glen Oaks Community College where he earned an Associates of Business Degree.
On May 4, 2007 he married Jean Schermerhorn in Las Vegas, Nevada.
Bill retired from the City of Sturgis Electric Department following over 30 years of dedicated employment as an electrical lineman.
Bill was proud to have served his country in the U.S. Army during the Vietnam War.
He enjoyed hunting and working outdoors especially when he was cutting wood.
Bill is survived by his loving wife: Jean and twin sister: Diana Milliman of Coldwater.
He was preceded in death by his parents, daughter: Ann and three grandchildren.
In accordance with his wishes cremation has taken place. A memorial service celebrating the life of William Milliman will be held at the Cornerstone Community Church of Colon in Colon, at a later date to be announced. Full military honors will be conferred by Captain John J. Kelley Post #1355 VFW and the U.S. Army Honor Guard.
The Hackman Family Funeral Homes of Sturgis is entrusted with the arrangements.
Memorial donations would be appreciated to the charity of one’s own choice.
Relatives and friends are encouraged to share memories and condolences at www.hackmanfamilyfuneralhomes.com.