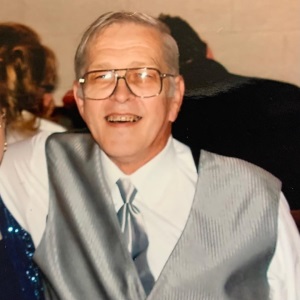 Bill Warren Moyer, age 75, of Mendon, died peacefully at home and surrounded by his family on Wednesday, Dec. 8, 2021. He was born in Three Rivers Hospital on Oct. 30, 1946 the son of Robert and Betty (Locey) Moyer and was a lifetime resident of Mendon. He graduated from Mendon High School with the class of 1964, and attended Parsons Business College in Kalamazoo. Bill proudly served in the U.S. Army from 1966 to 1969. Upon his return he went to work at the Haas Corporation, later known as Lear Plastics, and now known as International Auto Components, where he would retire. Bill was an avid racing fan and would attend the local speedways. He enjoyed traveling with his wife Dorothy and successfully made it to all 50 states.

Bill was married to Dorothy Terry on Sep. 27, 1972. She survives along with five daughters; Wendy Engler of Battle Creek, Karie Moyer of Mendon, Barbara Wolfe of Portage, Lynn (Richard) Kloosterman of Portage, and Mary (Chad) Hessling of Leonidas; 12 grandchildren, 9 great-grandchildren and 2 great-great grandchildren. He was preceded in death by his parents, Bob Moyer and Betty Little and by his sister, Donna Mohney.

Services for Bill will be private at Beard Cemetery where Bill will receive military honors. A memorial celebration will be held in the Spring of 2022. It is suggested that memorial donations be directed to a charity of one’s choice. Memories and condolences may be shared with the family at www.eickhofffuneralhome.com