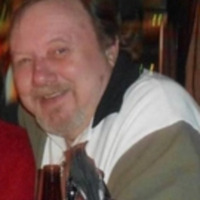 Craig L. Witwer, age 70, of Jones, passed away on Sunday, December 5, 2021 at Three Rivers Health. Craig was born in Elkhart on September 5, 1951, a son of Howard and Lorraine (Black) Witwer. He graduated from Elkhart Central High School in 1970. On June 6, 1970, he married Jessie Eby at Porter Baptist Church. Craig was a dog lover. He loved to go hunting, fishing, and was a talented woodworker. He enjoyed competing in archery leagues at ‘Someplace to Shoot’, and also bowling leagues with his wife. Craig loved Disney World and would have spent every day at Magic Kingdom if he could. He was a lifelong member of Porter Baptist Church.

According to his wishes, cremation has taken place. A memorial service will be held at a later date.

Arrangements were entrusted to Eley Funeral Home in Constantine. Please visit www.eleyfuneralhomes.com to sign Craig’s online guestbook and to leave a message for the family.