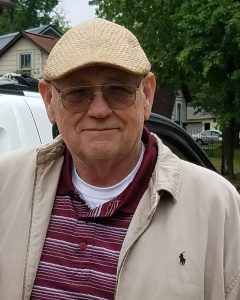 Charles Thomas Hulse, age 76, of Constantine, died on Friday, January 21, 2022 at his home surrounded by his family. He was born January 3, 1946 in Vallejo, CA a son of Charles C. and Doris (Hansel) Hulse. Charles graduated from Freesoil High School in 1964 and received his Bachelors degree in education from Central Michigan University in 1972. On May 18, 1967 he married Alana McPherson in Japan.

Charles was employed as Director of Public Works for the Village of Constantine from 1978 to 1993. He then worked at the waste water treatment plant in Sturgis retiring in 2006. Charles was a member of Constantine American Legion Post #233. He enjoyed bowling, fly tying, trips to the Upper Peninsula, and Bulldogs. For 30 years he hosted the TGIF Boys at his home.

Per Charles request, cremation has taken place. There will be no public services. The family would like to thank Three Rivers Hospice for their loving care and kindness.

To leave a message for the family and sign Charles’ guest book please visit www.eleyfuneralhomes.com.