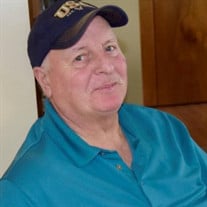 David was born in Three Rivers on May 18, 1950, the son of George Edward Grames and Rose Mary (Sitar) Ball.

On November 18, 1995, in Marcellus, he married Jennifer Lee Wyman, who survives him.

David was a cement truck driver working at Consumers Concrete for 30 years.

David graduated from Marcellus High School in 1968. He was an avid card player and he started playing at the age of 11. He loved sports, especially football and basketball. His favorite team was The Ohio State University. He made numerous lifelong friends while bartending at the Inn-Between in Dowagiac, owned by good friends Carl and Ronnie Reuter. The biggest part of his personality was his ability to make friends easily. He was also a member of the Men’s Auxillary at the Marcellus VFW Post 4054.

Cremation has taken place. A Celebration of Life will take place at a later date in the spring. Memorial donations may be directed to Animal Rescue Fund P.O. Box 593 Centreville, MI 49032. Online condolences may be left at www.materralstonfuneralhome.com.