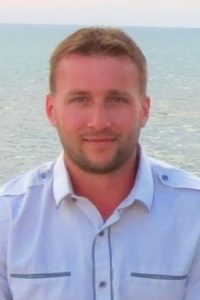 On November 19, 1981 in Kalamazoo, he was born to Gary and Theresa (Fromm) Hall. The couple was surprised that day to learn they were having twins, as sister Jane also made her appearance!

Michael was a gift to his family for 40 years. He was kindhearted, humble, generous, and very intelligent with a great sense of humor. He would do anything for his family. Michael was an outdoor enthusiast and an avid gunsmith.

Michael graduated from Three Rivers High School with the Class of 2000.Very gifted at fixing cars and at anything mechanical, he worked for 22 years as a mechanic at Vetter Chevrolet.

He was preceded in death by Richard and Beverly Hall, Albert Fromm, Kelli Lathers, and Maureen Galloway.

Donations in Michael’s memory may be directed to Tunnel to Towers Foundation or National Right to Life. Envelopes are available at the funeral home.