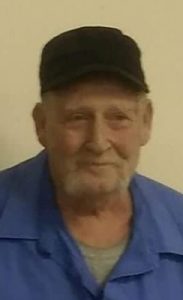 Richard Roy Davis, age 77, of Sturgis, passed away early Sunday morning January 16, 2022 at Indiana University Methodist Hospital in Indianapolis.
He was born August 16, 1944 in Benton Harbor, son of the late Dallas and Alla Davis.
Richard resided in Sturgis for over 20 years coming from Indianapolis.
For over 20 years he was employed as the rental maintenance man for Rama and Eric Pierson in Sturgis and also worked at the Three Rivers Roller Skating Rink.
Richard could usually be found tinkering with some project. He loved Pepsi and a good rare steak off the grill.
He is survived by his wife: Aundra Davis; six daughters: Melinda (Charlie) Bailey, Patricia (Charles) Sadenwater, Lou Ann (Mark) Speece, Vicki (Steven) Ashbrook, Christina Davis and Lisa (Tim) Harper; 21 grandchildren; 35 great grandchildren; sisters: Gloria and Jean and many nieces and nephews.
He was preceded in death by his son: Mike Jackson; brothers: Alan and Robert and sister: Mary.
A gathering of family and friends to share memories and celebrate the life of Richard R. Davis will be held from 12:00 to 2:00 P.M. Friday at the Hackman Chapel of Hackman Family Funeral Homes, 114 S. Nottawa St. in Sturgis. In accordance with his wishes cremation will follow the visitation.
The family suggests those wishing to make a memorial donation in Mr. Davis’s memory consider the charity of one’s own choice.
Relatives and friends are encouraged to share memories and condolences at www.hackmanfamilyfuneralhomes.com.