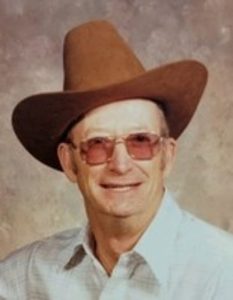 He was born January 8, 1924, a son to the late Virgil Miller and Frances (Welburn) Miller.

He married Margaret M. Geark on August 26, 1944 in Sturgis. She preceded him in death in 1985. After the passing of his first wife he remarried in 1986 to Frances Tase.

Zeb lived in White Pigeon almost his entire life. He was a farmer, Standard Oil Jobber and the Mayor of White Pigeon in those days. After he retired he spent many winters in Florida. His true love was music. He played guitar from an early age and was in a band called “The Down Yonders” for over 50 years. He was best known by his nickname “Zeb.”

A private burial will be held at White Pigeon Township Cemetery and a celebration of life will be announced at a later date. Farrand Funeral Home, 300 N. Kalamazoo St., White Pigeon, has been entrusted with the arrangements.