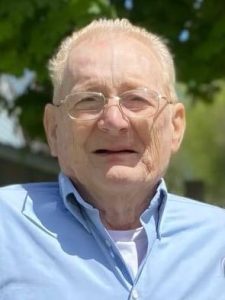 Born April 13, 1948 in Battle Creek, he was raised by his grandparents, Mr. and Mrs. August Swartz.

David graduated from Battle Creek High School and went on to serve his country honorably in the United States Army.

On April 27, 1968 he married Audrey Sue “Auggie” Willma. Together they raised two children and later a granddaughter.

He was preceded in death by his wife, one daughter, Cathy Swartz, and two sisters.

Donations in David’s memory may be directed to the American Legion Hice-Shutes Post #170 with “Norm Stutesman” in the memo line, to meet the needs of our local veterans. Envelopes are available at the funeral home in care of his arrangements.