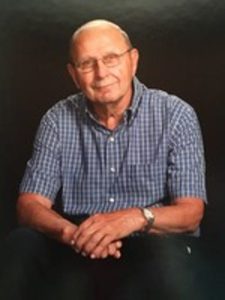 Donald Ivan Zook, age 89, of Burr Oak, formerly of Lake Odessa, was welcomed into the arms of our Lord and Savior on Saturday, February 5, 2022. He was born on a farm south of Clarksville on August 24, 1932. Don was the sixth child of Daniel and Edna (Yoder) Zook.

During his 1W service in Lansing from 1952-54, he met his first wife Dolores (Roth) Zook. They enjoyed many years of farming and opened their home to numerous foster children during that time. Dolores preceded him in death in 1995.

Don married Irma (Miller) Zook on November 28, 1998. They enjoyed over 23 years of marriage and traveled together on many mission trips, including to Haiti, Moldova, and Nigeria. Don had a heart for missions, and he and Irma worked together at World Missionary Press. They also enjoyed serving at FOCIS Family Camp in Minnesota. Don was passionate about the Lord and loved sharing his faith. He was a faithful member of Calvary Chapel in Sturgis.