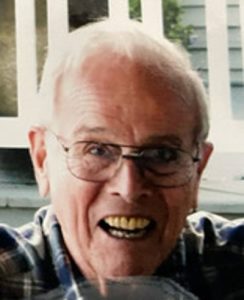 He was born Sept. 10, 1930 in Eagle Point, WI a son to the late George Otto and Dagmar Florence (Nelson) Meyer.

Gordon graduated from high school in Oconomowoc, WI with the class of 1948. He graduated from Tri-State (now Trine University) in 1952 with a degree in Electrical Engineering.

Gordon retired from the Kirsch Co. in Sturgis as the Director of Engineering in 1992, after 41 years of service.

He was very active in the community being involved in many clubs and organizations including the Exchange Club, School Board, and Masonic Lodge to name a few.

Surviving are 2 daughters: Miki Meyer of The Villages, Florida and Kim Meyer of Sturgis; Several Nieces and Nephews and many friends as Gordon and Jean had a close Circle of friends who became like family their entire lives.

Gordon was preceded in death by his parents and 2 sisters: Ione Mestelle and Ramona Moormann.

According to his wishes, there will be no visitation or service as cremation has taken place. Memorials may be directed to Thurston Woods Village, envelopes are available at the Hackman Family Funeral Homes of Sturgis who have been entrusted with the arrangements.

His obituary is also at www.hackmanfamilyfuneralhomes.com where personal messages of support may be left for the family.