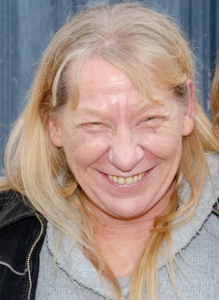 According to her wishes, cremation has taken place.  A memorial service will be announced at a later date. Interment of ashes will take place in Oak Grove Cemetery, Constantine.

Arrangements were entrusted to Eley Funeral Homes, Centreville.  Please visit www.eleyfuneralhomes.com to sign Tina’s online guestbook and to leave a message for the family.