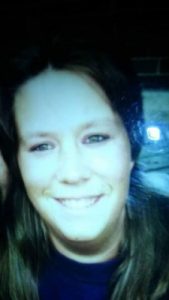 Dawn Marie (Beebe) Baumfeld, age 57, of Sturgis, passed away early Thursday morning, March 3, 2022 at Sturgis Hospital.
She was born October 3, 1964 in Kalamazoo, daughter of Ronald and Mary (Brandt) Beebe.
Dawn resided in Sturgis for the past 1 ½ years coming from Three Rivers where she was a longtime resident and she also lived in Hudson, New York for 20 years.
On August 8, 1993 she married Hart Baumfeld in Coldwater. He preceded her in death in August of 2008.
Dawn was a homemaker and enjoyed watching movies and loved her cat, Gema.
She is survived by her father: Ronald Beebe of Vicksburg; brother: Howard (Darla) Beebe of Sturgis; sister: Debbie (Jeff) Jimbrone of Schoolcraft; son: John (Kristin) Beebe of Hudson, New York; daughter: Heather Fuchs of Alabama; several grandchildren and many nieces and nephews.
She was preceded in death by her mother.
In accordance with her wishes cremation has taken place. A memorial service will be held at a later date.
The Hackman Family Funeral Homes of Sturgis is entrusted with the arrangements.
Memorial donations would be appreciated to the Hackman Family Funeral Homes, P.O. Box 9, Sturgis, MI 49091 or by going to www.hackmanfamilyfuneralhomes.com where donations can be applied to the Crowd Fund set up for the family and also where we encourage relatives and friends to share memories and condolences.