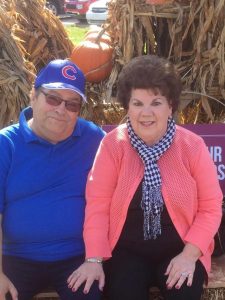 Gerald Adolph Kopraski, age 75. of Leonidas. died early Monday. Feb. 28, 2022 at Three Rivers Health following a long illness. He was born in Amsterdam, New York on June 7, 1946 the son of the late Adolph Anthony Kapraski and Frances Marion (Zirgules) Kopraski. He graduated from St. Mary’s Institute in Amsterdam in 1964. He received his Associate Degree at Fulton Montgomery Community College, and his Bachelor’s Degree from Richer College in Houlton, Maine in 1969. Jerry was married to Gail Linda Sheldon on Aug. 1, 1970 in Hageman, New York. While living in New York he was employed by General Electric, and later established his own accounting business. He enjoyed bowling, coaching and umpiring Little League games, and collecting garden gnomes. Jerry and Gail have resided in the Leonidas area since 2013, where he became a University of Michigan fan, and member of the Free & Accepted Masons, serving as Worshipful Master.

In keeping with his wishes, cremation has been conducted. A memorial service is being planned for late Spring. Assistance was provided by the Eickhoff Funeral Home of Mendon. Memories and condolences may be shared at www.eickhofffuneralhome.com