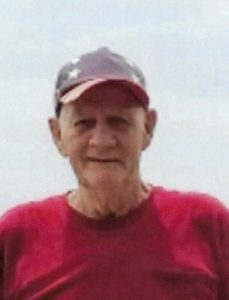 John Howard Outram, aka Charles Albert Shadix, age 79, of Gulfport, Mississippi passed away Sunday, February 27, 2022 at the Gulfport Care Center in Gulfport.
He was born April 17, 1942 in Valley City, North Dakota, son of the late William and Dorothy (Crandell) Outram.
Charles had resided in Mississippi for over five years coming from Idaho.
He was a dedicated over the road truck driver most of working life and he had also worked as a welder in the RV Industry.
He was proud to have served his country in the U.S. Navy from May 21, 1959 – March 1, 1961 earning the rank of Seaman Apprentice.
He enjoyed fishing, hunting, and cars, and loved gardening.
He is survived by two daughters: Patricia Outram and Laurie Outram both of Utah; seven sons: Stanley Outram of Utah, Jeff Outram of California, Mark (Crystal) Shadix of Constantine, Lucis (Kandi) Shadix of Burr Oak, Charles Shadix of Sturgis and Matthew Shadix and Joshua Shadix both of Tennessee; several grandchildren; one sister: Linda Petersen of Idaho; three brothers: Cloyce Outram of Washington, James Outram of Pennsylvania and Roger Outram of Arizona and many nieces and nephews.
He was preceded in death by his parents; daughter: Lisa Outram and brothers: Steve and Doug Outram.
In accordance with his wishes cremation has taken place. The family will receive friends from 3:00 to 6:00 P.M. Friday, April 8th at the Hackman Chapel of Hackman Family Funeral Homes, 114 S. Nottawa St. in Sturgis. A graveside committal will follow the visitation at Pretty Prairie Cemetery in rural Howe, Indiana. The Rev. Randy Evans of the New Beginnings Church of Sturgis will officiate. Full military honors will be conferred by Captain John J. Kelley Post #1355 VFW and the U.S. Navy Honor Guard.
Memorial donations would be appreciated to the charity of one’s own choice.
We encourage relatives and friends to share memories and condolences at www.hackmanfamilyfuneralhomes.com