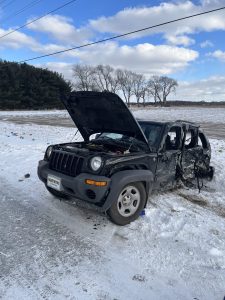 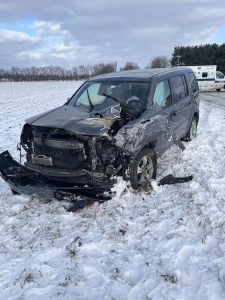 Investigators said 31-year-old Kyle Mays was traveling east on Redfield Street when he lost control of his vehicle due to ice on the roadway. Mays’ vehicle turned sideways and went into the westbound lane of traffic, where it was stuck by a westbound vehicle.

Mays was transported to Elkhart General Hospital for non-life-threatening injuries.

Neither drugs nor alcohol appear to be factors in the crash.

One killed in explosion during Battle Creek air show