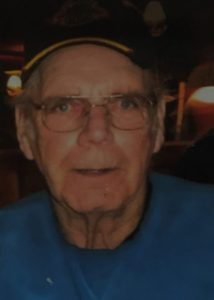 Ronald M. Truckey of Leonidas, loving Husband and Father, peacefully passed away at his home on Thursday March 10, 2022 at the age of 81. He was born on July 18th, 1940 in Mendon Michigan to Robert and Vera (Stolp) Truckey, the oldest son of six children.

He graduated from Colon High School with the Class of 1958. On February 20th, 1960, he married Nina Hubbard. She preceded him in death on May 15th, 2021. They enjoyed 61 years of marriage and together had three children.

Ron worked as a Construction Laborer his entire working career and was a proud member of the Laborers International Union of North America for 57 years. He was also an accredited snowmobile mechanic and enjoyed all types of racing.

Ron was preceded in death by his wife, his parents, four sisters, Loretta Tenney, Janice McGregor, Beverly Moyer, Delores Moyer and many in-laws.