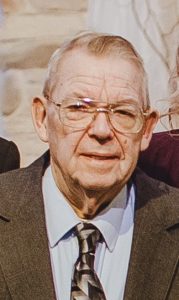 Dick was raised on a dairy farm and delivered milk. He later drove for the Crystal Dairy Company where he met Jean while delivering to school. Richard moved on to the Sponge Rubber Co. in Dayton, OH and later to Hydromatic GM in Three Rivers. He finally retired from Day International in 2001. Following retirement he worked as a handyman for many friends and Century 21.

Dick was a member of Bethany Chapel in Three Rivers, and a member and Assistant Chief for Lockport-Fabius-Park Township Fire Department. He was also a member of the Civitan Club, and enjoyed making snow cones and cotton candy.

He was preceded in death by his parents and brother Donald Britton.

Cremation has taken place. Relatives and friends will be received Monday, April 11th, 2022 from 1 to 2 pm at Bethany Chapel, 15130 Millard Rd, Three Rivers. A memorial service will follow at 2 pm with Pastor Tim Moore officiating. In lieu of flowers, memorial contributions may be directed to Bethany Chapel or Pregnancy Helpline of Three Rivers, 172 E. Michigan Ave., Three Rivers, MI 49093. To sign Richard’s guest book and leave a message for the family, visit www.eleyfuneralhomes.com.