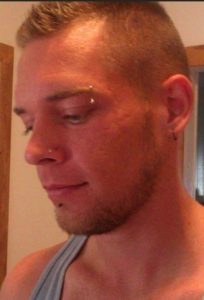 Joshua attended Three Rivers Community Schools and later earned his high school diploma through online studies. This and his current employment with Precision Wire showed his dedication to finding his way in a world that had been full of obstacles and struggles. He was one to never give up.

Josh was an avid sports fan. His love for the Las Vegas Raiders, Chicago Bulls, especially Michael Jordan, was immense. His love for all things Notre Dame was colossal. If there was a ball involved, he loved being involved.

Memorial donations in memory of Joshua may be directed to Hohner Funeral Home, in care of arrangements. Envelopes are available at the funeral home.