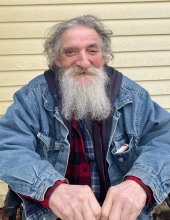 Roy Lee Stiles, age 75, of Sturgis, passed away Tuesday, April 26, 2022 at his home.
He was born January 10, 1947 in Chicago, a son to the late Jesse H. and Madeline G. (Knobloch) Stiles.
On Sept. 16, 1969 in Chicago, he married Loretta Joan Bray. She preceded him in death on July 20, 2012.
He retired from Sturgis Iron and Metal where he had been employed for many years.
Roy enjoyed spending time with his family and friends and his beloved dog: Thor.
Surviving are his children: Loretta (Luis) Perez of Edwardsburg, James H. Stiles and girlfriend Lorie Morey of Sturgis, Frederick Roy Stiles and Roy David Stiles both of Sturgis, and John Joseph (Sonja) Stiles of Wyoming; 14 grandchildren; 8 great-grandchildren; brothers and sisters: Sharon Shultz, Barbara Bray, Jesse Stiles, Francis Bell, Jerry Stiles, Marsha Viktora, Della Stiles, and Sheila Toranzo; and several nieces and nephews.
He was preceded in death by his parents and wife.
According to his wishes there will be no visitation or services as cremation has taken place. Memorial donations may be directed to the family and envelopes are available at the Hackman Family Funeral Homes of Sturgis who have been entrusted with the arrangements.
His obituary is also at www.hackmanfamilyfuneralhomes.com where personal messages of support may be left for the family.