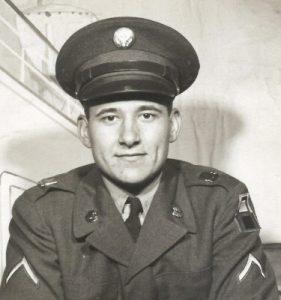 Royce D. Shears, age 84, of Sturgis, passed away early Saturday morning April 2, 2022 at Miller’s Merry Manor Nursing Home in LaGrange, Indiana.
He was born February 28, 1938 in Fawn River Township, Michigan son of the late Ernest and Anna Marie (Winkleblack) Shears.
Royce was a lifelong Sturgis resident and graduate of Sturgis High School with the class of 1957.
On April 30, 1957 he married Sharon Hostetler in Sturgis.
Royce retired from Grumman Olson in Sturgis following 35 years of dedicated employment as a break press operator. Following his retirement he became a semi-truck driver and hauled for nearly all the farmers in the Sturgis area. For several years he volunteered his time driving to Kalamazoo to bring back food for the local food bank.
He was proud to have served his country in the U.S. Army from February 13, 1957 – February 12, 1960 earning the rank of SP4.
He enjoyed many years of travel with his wife by motorcycle and Can-Am throughout the United States and Canada.
He is survived by his loving and dedicated wife of nearly 65 years: Sharon; three children: Timothy (Sherry) Shears of Constantine, Dawn Moran of Sturgis and Chris (Judy) Shears of Mendon; six grandchildren; eight great grandchildren; brother: Eugene “Pete” (Janet) Shears of Sturgis and several nieces and nephews.
He was preceded in death by his parents and two grandsons.
In accordance with his wishes cremation has taken place. The family will receive friends from 10:00 to 11:00 A.M. Friday at the Radiant Life Church in Sturgis where a memorial service celebrating the life of Royce D. Shears will immediately follow the visitation at 11:00 A.M. Pastor Josh Herrema will officiate. A graveside committal will follow the service at Oak Lawn Cemetery in Sturgis where full military honors will be conferred by Captain John J. Kelley Post #1355 VFW and the U.S. Army Honor Guard.
The Hackman Family Funeral Homes of Sturgis is entrusted with the arrangements.
The family suggests in lieu of flowers memorial donations be directed to the Radiant Life Church Youth, 907 N. Nottawa St., Sturgis, MI 49091.
We encourage relatives and friends to share memories and condolences at www.hackmanfamilyfuneralhomes.com.