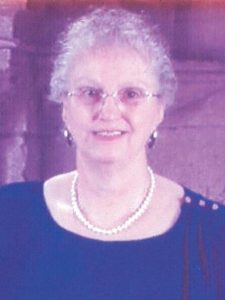 Ruth Ellen Shaw, age 79, of Three Rivers passed away on Monday, April 11, 2022. Ruth was born in the same house her great-grandparents bought in 1865 on December 26, 1942 in Lagrange County, the daughter of Dean and Laura (Rasler) Bullock.

Ruth has been a resident of Three Rivers since 1967. She graduated with the class of 1971 from Sturgis High School. Ruth was united in marriage to the late Rev. Curtis Shaw in 1986. Ruth worked at Heartland Healthcare Center and Three Rivers Area Hospital along with homecare nursing for many years. She was also a faithful member of Ninth Street United Methodist Church. She was a foster parent for many years. Ruth enjoyed crocheting and embroidering along with spending time with her children and great-grandchildren.

Visitation will be held on Saturday, April 23, 2022 at 11:00 a.m. at Ninth Street United Methodist Church, 700 Ninth St., Three Rivers. A memorial service will follow at noon at the church, with Pastor Ed Ross officiating.

Memorials may be directed to her family, c/o Marie Guest. Envelopes are available at Hohner Funeral Home in care of her arrangements.