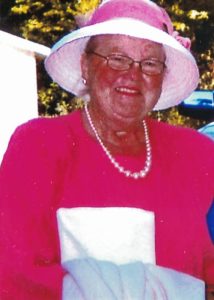 Sharon was born on July 30, 1940, in Sturgis, a daughter to the late Floyd and Georgia (McKerlie) Frisbie.

Sharon graduated from Otsego High School with the class of 1958. She resided in Sturgis with her grandparents George and Maud McKerlie until George appeared in her life. They married on June 4, 1960, at the church of the Nazarene in Sturgis. George preceded her in death on October 30, 2014.

Sharon and George moved to Colon and raised four daughters. Following George’s death, she moved back to Sturgis.

Sharon was employed at Kirsch Company for 34 years. She was also a member of several clubs with family interests in mind.

Besides her parents and husband George, Sharon was preceded in death by a grandson Nicholas Smith.

Following in her wish’s cremation has taken place. A memorial service celebrating the life of Sharon will be held at the Schipper Funeral Home Ltd. in Colon on Saturday, April 9, 2022, at 11:00 AM. A private burial of ashes will take place at a later date in South Colon Cemetery. Memorial donations can be made to Thurston Woods and envelopes will be available at the funeral home. Condolences and memories can be left for the family at Schipperfuneralhome.com.

Sharon also asked in a direct quote, “Remember my smile, and caring thoughts of kindness.”