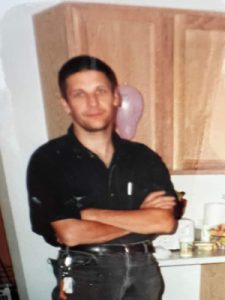 Elmer E. Kocsis Jr., age 64, died on Saturday, May 28, 2022 at Fairview Nursing & Rehabilitation Centre in Centreville. He was born March 2, 1958 in Chicago, a son of Elmer and Dorothy (Szabo) Kocsis Sr. He graduated from Bowen High School in Chicago in 1976 and received auto mechanic training at Lincoln Tech in Chicago. On May 25, 1995 he married Diane Norris in Chicago. They were later divorced. Elmer worked at University of Chicago Hospital for over 20 years in environmental services. He also worked as a packer at Midwest Fastener and as a service clerk at Village Market, both in Decatur.

Elmer was an avid bowler and dedicated hockey fan.

Cremation has taken place. Private services will be held by the family. Visit Elmer’s page to sign his guestbook and leave a message for the family at www.eleyfuneralhomes.com.