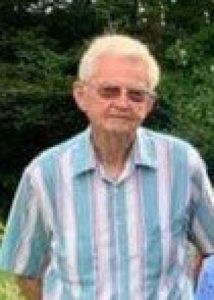 Lynn was born on June 9, 1936 in Three Rivers, a son to the late Lewis and Pearl (Bucknell) Ross.

Lynn graduated from Colon High School with the class of 1954.

Lynn was a purchasing agent for Douglas Manufacturing now Douglas Auto Tech for 25 years retiring in 1998. In his spare time Lynn was an avid carpenter.

Besides his parents; Lewis Ross and Pearl Ross, Lynn was preceded in death by his wife Ilene Ross.

A private visitation will be held at the Schipper Funeral Home LTD. Following the visitation, a private committal service will take place at Matteson Township Cemetery. Memories and condolences can be left for the family at schipperfuneralhome.com.