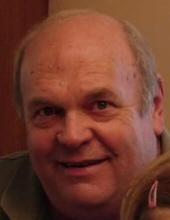 Mike was born on January 25, 1945 in Mendon to Clifford and Jane (Truckey) Bingaman.

Living for many years in LaGrange County, he worked at Burr Oak Tool and Gauge in Sturgis for 28 years. Mike was an avid hunter and fisherman and enjoyed doing wood working. He loved his bourbon and his cigars.

Preceding Mike in death were his parents, and five brothers, Donald, Clifford, Richard, and Patrick Bingaman.

According to Mike’s wishes, cremation will take place and a privately family gathering will be held.

Memorials may be made to Parkview Home Health and Hospice.