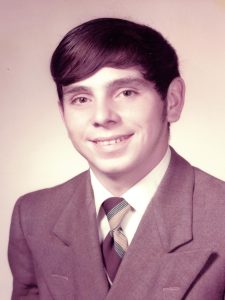 Patrick Douglas Wiseman, age 66, of Three Rivers, passed away on Friday, April 29, 2022.  Doug was born in Elkhart on January 4, 1956, the son of James Franklin and Marie Lou (Houseworth) Wiseman.

Doug was a 1974 graduate of Three Rivers High School where he participated in wrestling and football. He also enjoyed hunting with his dad. He was an avid NASCAR enthusiast and was a fan of Notre Dame sports, and the Detroit Lions.

Friends may call on the family at a visitation on Saturday, May 7, 2022, from 2:00 to 4:00 at Hohner Funeral Home, 1004 Arnold St., Three Rivers. Cremation will follow and no funeral service is scheduled.

Donations in Doug’s memory may be directed to ProMedica Hospice or the American Cancer Society. Envelopes are available at the funeral home.