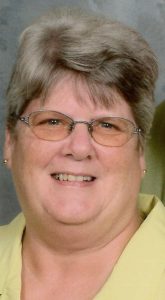 Sharon Ann (Struble) LaRoy, age 76, of Three Rivers, died Friday, March 25, 2022 at the hospital in Gainesville, Florida. She was born in Kalamazoo on August 8, 1945 the daughter of Phillip and Harriet (Vandenbos) Struble. She graduated from Kalamazoo Central High School in 1963. She married Robert LaRoy on March 7, 1964, recently celebrating their 58th anniversary. She attended Three Rivers Bible Church. She worked as an Educational Paraprofessional at Mendon Schools and Nottawa Schools. She enjoyed going to their home in Florida in the winters, boating, doing puzzles, and she looked forward to spending time with her grandchildren.

In keeping with her wishes, cremation has been conducted. The family will receive friends at 1 to 2 pm on Friday, May 20, 2022 with memorial services beginning at 2pm Friday at the Three Rivers Bible Church, 220 North Erie Street, Three Rivers, with Pastor Jeff Homan officiating.

It is suggested that memorial contributions be directed to either the Kidney Foundation www.kidney.org or the American Diabetes Association www.diabetes.org