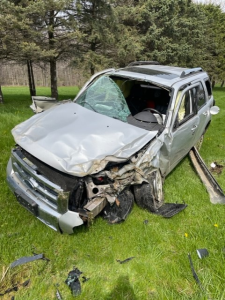 A Three Rivers man died in a single car crash Saturday afternoon at 4pm just west of Jones. According to the Cass County Sheriff’s Department, 77-year Roger Wyman was driving his car on M-60 near Timberlane Drive, when it left the roadway, struck a tree, and overturned. Wyman, who was ejected in the crash, died at the scene.

Roger Wyman was reportedly not wearing a seat belt, while his wife was buckled in.