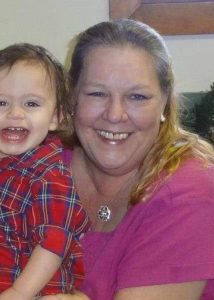 Tina Marie Warble, age 61, of Colon, passed away at McLaren Greater Lansing Hospital on Tuesday, May 3, 2022.

Tina was born on August 5, 1960 in Three Rivers, a daughter to the late Edwin and Bernice (Johnson) Remington.

Tina graduated from Three Rivers High School with the class of 1978. She then attended Olympia Career Training Institute and earned her Medical Assistant Certificate.

Tina loved being a grandmother, tending her flower gardens, her lord and savior, but loved her family most of all.

Surviving her is her husband Don Warble of Colon, 2 daughters: Sarah Mejeur and Jessica Mejeur both of Colon, grandson Adam Trevino Jr., many step grandchildren, and her 3 brothers: Richard Remington, Scott Remington, and Jeff Remington.

Besides her parents Edwin and Bernice Remington, Tina was preceded in death by a brother Arthur Remington, and a niece Jode Wheeler.

Following in her wish’s cremation has taken place. A memorial service celebrating Tina’s life will be held and announced at a later date.