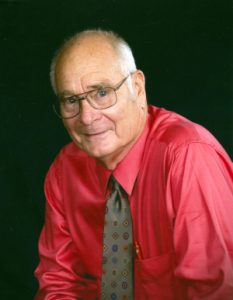 Lee Otis Newport went to be with his Lord and Savior in the early morning of Tuesday, May 31, 2022. He was born April 28, 1942, in Three Rivers to Dale Monroe and Leota Mary (Laudahn) Newport. Upon graduating from Three Rivers High School in 1961, Lee attended Ferris State University and Parsons Business School before returning to Three Rivers to marry the love of his life, Alice Mae (Barker) Newport, on August 15, 1964. They spent the next 58 years building their life together in the Three Rivers area.

Lee was an active member of St. Paul’s Lutheran Church for more than 50 years where he was an elder, trustee, vice chairman of the congregation and faithful servant.

In 1978, Lee became co-owner of Trim Pac, Inc., a Three Rivers-based paper factory where he helped build a successful company that is still operating today. Lee was an assistant scout master for Troop 407 in Centreville and enjoyed mentoring young scouts and participating in numerous camping trips and other adventures. He was a Reserve Officer for the St. Joseph County Sheriff’s Department for many years and cherished his time at the department and the people he worked with.

Later, he worked with his oldest son, Shawn, in a family greenhouse business that grew flowers for wholesale and area farmer’s markets.

Lee loved spending time with his family and many friends and doting on his numerous four-legged companions. In his off time, he enjoyed hunting and fishing, skeet and target shooting, chess and old re-runs of TV shows and movies from his childhood.

Visitation will be held on Tuesday, June 7, 2022 at St. Paul’s Lutheran Church in Centreville, starting at 10 a.m. with a service at 11:30 a.m. A luncheon will be served after the service, followed by an interment service at Riverside Cemetery, Three Rivers.

Donations in remembrance of Lee can be made to St. Paul’s Lutheran Church, 585 W. Burr Oak Street, Centreville, MI 49032.