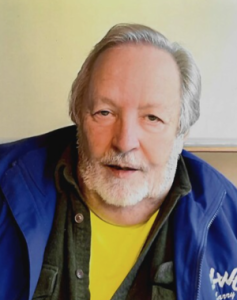 Larry Lee Raifsnider, age 79, of Three Rivers, passed away Tuesday, August 16, 2022 at Rose Arbor Hospice in Kalamazoo. He was born November 10, 1942 in White Pigeon, a son of Clyde and Inez (Sharp) Raifsnider. Larry graduated from White Pigeon High School in 1960 and furthered his education at Kalamazoo Valley Community College and Notre Dame University. In 1964 Larry married Myrna Grace Fetch, they were later divorced. On April 17, 1983 he married Diana Smith Anglemyer at Moorepark Community Church in Three Rivers. She preceded him in death March 9, 2018.

Larry worked as a farmer, and then at Continental Can in Three Rivers from 1967 to 1977. He later retired as a supervisor from Owens-Illinois after 25 years.

Larry enjoyed hunting and fishing and was a lifetime NRA member. He was a past member of the St. Joseph County Conservation Club, and was an active member of Light & Life Wesleyan Church in Three Rivers.

He was preceded in death by his parents, wife Diana Raifsnider, and sister Shelly Grabe.

Relatives and friends will be received Friday from 4 to 7 pm at Eley Funeral Home in Constantine, and also Saturday from 10 to 11 am at Light & Life Wesleyan Church, 15765 Hoffman Rd. Three Rivers, where services will be at 11 am. Pastor Sam Maddox and Pastor Ryan Lutz will officiate. Interment will be in White Pigeon Township Cemetery.

Memorial contributions may be directed to Light & Life Wesleyan Church or Centrica Care Navigators Hospice. To sign Larry’s guest book and leave a message for the family visit www.eleyfuneralhomes.com.