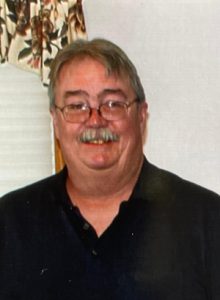 Steven J. Hiatt, age 65, of Three Rivers, died Saturday, August 6, 2022 at his home following a two-month illness. He was born in Three Rivers on November 1, 1956 the son of John and Dorothy (Carpenter) Hiatt. He was a member of the Mendon High School class of 1974. Steve was married to Clair McWatters, and they were later divorced. He enjoyed outdoor activities, especially carp fishing on Portage Lake. He was a sports fanatic with a great memory of statistics and history. He played golf and in slow-pitch softball leagues, and was a NASCAR fan. He was greatly interested in the study of the galaxy, and beyond. After his terminal diagnosis with cancer, his one regret was not being able to see the Detroit Lions win a championship.

The family will receive friends from 2 to 4 and from 6 to 8 pm Tuesday at the Eickhoff Funeral Home in Mendon. Funeral services will be 3 pm Wednesday, August 10, 2022 at the funeral home with Steve’s brother, Tom Hiatt officiating. Cremation will follow services, and he will be privately interred in Mendon Cemetery.

It is suggested that memorial contributions be directed to either, the Dorothy Hiatt Nursing Scholarship in care of the Three Rivers Area Community Foundation, P.O. Box 453, Three Rivers, MI 49093, or to Centrica Care Navigators, 7100 Stadium Dr., Kalamazoo, MI 49009.

Memories and condolences may be shared at www.eickhofffuneralhome.com