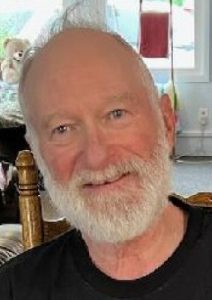 He was born November 1, 1958 in Wilmington, Ohio son of Gordon and Maryanne (Torok) Gilger.

Charles resided in Howe since 1984 coming from Texas and his early life was lived in Wichita Falls, Texas.

He was a farmer for over 30 years and also was a truck driver owning and operating his own trucking company. For the past 10 years he had been employed by the Indiana Toll Road.

Charles enjoyed his many collections, especially metal signs and antiques, and he loved riding his Harley Davidson motorcycle.

He was preceded in death by his mother and two brothers: Jim Gilger and Terry Gilger.

In accordance with his wishes cremation has taken place. A memorial service celebrating the life of Charles W. Gilger will be held at 11:00 on Saturday, January 14, 2023 at the Christian Fellowship Center, 201 N. St. in Sturgis. Charles’ son Dustin and Pastor Greg Long of the Gracepoint Baptist Church will officiate. Interment of the remains will take place at the Brighton Cemetery in Brighton, Indiana.