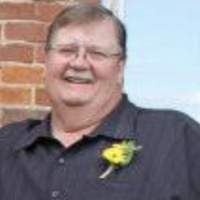 Gary Lee Batten, age 67, of Mendon, passed away on Monday, December 5, 2022 at Lutheran Hospital in Fort Wayne following a brief illness.  He was born in Vicksburg on August 19, 1955 the son of Robert and Norma (Roop).  Gary was a high school graduate of Vicksburg High School, the class of 1973.  He would be married to Lori Cook on October 8, 1983.  Gary was a lifetime resident of the Vicksburg/Mendon area.  He worked at the Lee Simpson Fox River Mill for 27 years.  After that, Gary drove semi-trucks for K & K Trucking for 25 years.  He was an avid outdoorsman, enjoying fishing and hunting.  He enjoyed playing cards, dancing, and tinkering on random projects.  Gary enjoyed taking the grandchildren out for rides on his side by side around town. He was a quick witted man who enjoyed driving his 1980’s Chevy truck, also known as “Sheila”.  Gary was a very giving person who enjoyed spending time with his family, and his favorite dog, Gator.

Visitation hours for Gary will be held on Friday, December 9, 2022 at the Eickhoff Funeral Home, 311 West Main Street, Mendon, from 2 to 4 and 6 to 8pm.  A private family service will take place at a later date after cremation has been conducted.  It is suggested that memorials be made to the family. Memories and condolences may be expressed to the family at eickhofffuneralhome.com