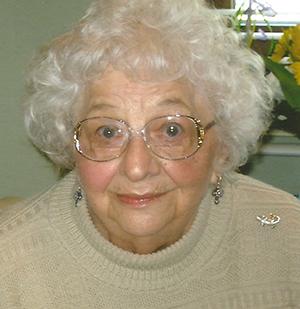 Marilyn was born on June 15, 1923 in Three Rivers, the daughter of Roy and Charlotte Wood Raifsnider. She graduated from Three Rivers High School, and on Jan. 1, 1944 married William Dwain Adams of Three Rivers. Marilyn was a member of the Three Rivers Chapter, Order of the Eastern Star.

Marilyn was much loved and will be greatly missed by her family:

Marilyn was preceded in death by her husband, and her brother Frank Raifsnider.

Many thanks to Southern Care Hospice, Riverview Nursing Home, and her loving friends and neighbors. In honor of her wishes, there will be no services, and cremains will be interred at Riverside Cemetery in Three Rivers.

Donations may be directed to Howardsville Christian School. Arrangements by the Eickhoff, Farrand, Halverson Chapel of Three Rivers.