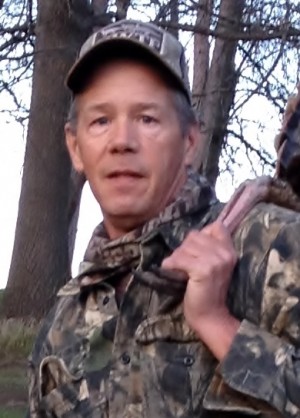 James D Watson, age 58, of White Pigeon, MI, passed away suddenly Monday, June 1, 2015 at his home. James was born in Elkhart, IN on April 13, 1957, a son of Harold and Barb (Scott) Watson. He graduated from Constantine High School in 1976. On Feb. 7, 1981, he married Anne Romano in Goshen, IN. James was an equipment operator doing road construction for over 20 years. He enjoyed hunting, fishing and taxidermy and loved doing anything out in the great outdoors.
Surviving James are his wife Anne Watson, White Pigeon, sister Paula (David) Miles, White Pigeon, brother Bob (Vicky) Watson, Grand Rapids, sisters-in-law Helen Murray, Joyce Butler, Sarah Romano, brothers-in-law Philip (Joyce) Romano, Stephen Romano, all of Ft. Wayne, and several cousins, nieces and nephews. He was preceded in death by his parents.
According to his wishes cremation has taken place. Relatives and friends will be received at the Eley Funeral home in Constantine Saturday from 10-AM-12PM, where Memorial Services will follow at 12:00 PM. Memorial contributions may be made to the Domestic Assault Shelter C/O First Presbyterian Church 320 N. Main St. Three Rivers, MI 49099, or can be left at the funeral home. Online messages may be left for the family at www.eleyfuneralhomes.com