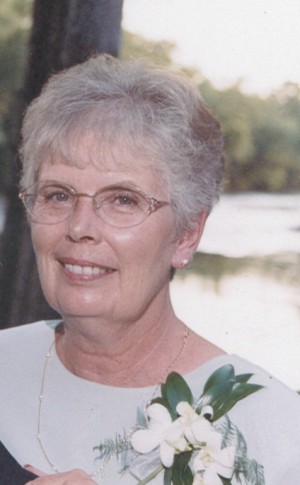 Anne Louise Rudd, age 71, of Three Rivers, passed away on Monday, July 27th, 2015 at the Borgess Medical Center surrounded by her loving family. She was born on Jan. 21st, 1944 in Detroit, Michigan the daughter of the late William John and Rachel (Lanway) Wignall.

Anne has been a long time resident of this area. On May 2, 1964 she was united in marriage to Mr. Rodney Rudd in Three Rivers where they raised their three children. Anne was employed at J.C. Penny’s for eighteen years and after began working for Corey Lake Orchards and enjoyed many friendships there for several years.

Anne enjoyed baking, reading, camping, and her animals, but her true love was family, especially her grandchildren whom she adored.

Per Anne’s request cremation had taken place and services will be held at a later date. Online condolences may be left at www.hohnerfh.com. Hohner Funeral Home in care of her arrangements.