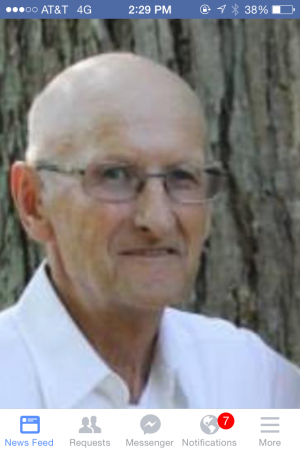 Orrin C. Bowlby, age 77, of Constantine, passed away Saturday, July 4, 2015 at his home surrounded by his family. He was born the son of Hiram H. and Hazel E. (Kreitzer) Bowlby on August 28, 1937 in Constantine, MI. Orrin graduated from Constantine High School in 1956. On November 20, 1960 he married Jama L. Spencer. He retired from MMPA in 2000 after 43 years of driving truck and operating machinery. He was a member of the St. Joe Valley Old Engine Association and Michiana Farm Toy Collectors Club. Orrin enjoyed farming and camping.

According to his wishes, cremation has taken place. Friends and relatives will be received on Thursday, July 9 from 2-4 PM at Eley Funeral Home, Constantine where Memorial services will be held at 6:00 PM. Interment of ashes will follow at the Constantine Township Cemetery. In lieu of flowers, donations can be made to the Wounded Warriors Project. Online condolences may be left for the family at www.eleyfuneralhomes.com.