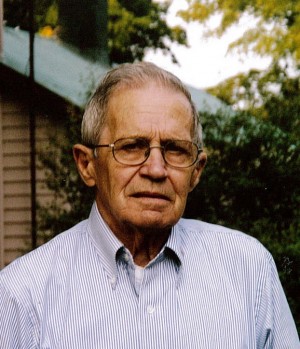 Kenneth L. “Kenny” Falk, age 82, of Three Rivers, was taken by the Angels to his Heavenly Home on Friday, Nov. 27, 2015 while surrounded by his family. He was born in Chicago on July 14, 1933 the son of Alfred and Elizabeth (Bucher) Falk and attended schools in Chicago. He served in the U.S. Army from 1953 to 1955. Kenny operated a waste disposal business in the Sister Lakes area for several years. Later he was a mechanic at the US 131 Shell in Three Rivers. He had also worked at Weyerhauser, Ronningen Research, Swiss Valley, Wells Saw, and retired from Syndicate Systems in Middlebury. He was a member of the NRA and enjoyed hunting and fishing for catfish. He also enjoyed gardening, mushrooming, making bread, and making his special buckwheat pancakes. He especially loved spending time with his family.

Kenny was married to Marilyn (Sherwood) Stephenson on July 22, 1972 in Parkville. She survives along with seven children, Merrilyn (David) Bannow of Jones, Chris (Jessie) Hodges of Parkville, Clancy (Brenda) Stephenson of Three Rivers, Art (Holly) Stephenson of Mendon, Cindy VanNess of Marcellus, Lee (Diane) Karn of Cassopolis, and Liz (LaVern) Phillips of Dowagiac; 24 grandchildren; 20 great-grandchildren; 2 sisters; and several nieces and nephews. He was preceded in death by his parents; 5 siblings; and a grandson.

Cremation has been conducted. The family will receive friends from 5 to 7 PM Wednesday, Dec. 2, 2015 at the Eickhoff Funeral Home in Mendon. Memorial services will begin at 7 PM Wednesday at the funeral home. Memorials may be directed to either the Mendon Wrestling Club, or to a charity of one’s choice. Condolences may be expressed to the family at www.eickhofffuneralhome.com