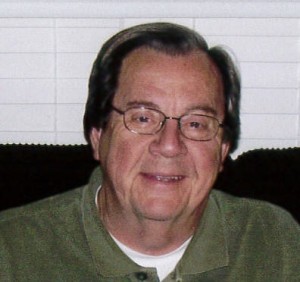 Bill Martin, age 65, of Three Rivers, died peacefully at his home on Wednesday, Dec. 9, 2015 following his battle with cancer. He was born in Paducah, KY on Aug. 20, 1950 the son of the late Norman Herbert and Betty Jean (Lindsey) Martin. Bill graduated from Three Rivers High School in 1968. He worked in radio broadcasting for over 45 years, working in Rochester, NY, Charleston, SC, Charlotte, NC, and several radio stations in southwest Michigan. He enjoyed restoring old radios in his spare time and spending time with his family and assisting others.

In keeping with his wishes, cremation has been conducted. A private family memorial service will be held at a later date. It is suggested that memorials be directed to Hospice Care of Southwest Michigan, 222 N. Kalamazoo Mall, Suite 100, Kalamazoo, MI 49007 (www.hospiceswmi.org). Assistance was provided by the Eickhoff Farrand Halverson Chapel of Three Rivers. Condolences may be expressed to the family at www.efhchapel.com