St. Joseph County Clerk Lindsay Oswald said she and her staff are preparing for a recount of presidential ballots.
The procedure is being done at the request of Green Party presidential nominee Jill Stein.
Oswald this week said she is putting teams together for the task in order to get state election officials on their way to the next county as efficiently as possible.
As of Wednesday afternoon, Oswald said she had no confirmation from the state regarding when or where St. Joseph County’s recount will take place.
Oswald included in a Wednesday afternoon email to the local media a press release from Michigan Secretary of State Ruth Johnson. Johnson stated she found it unusual that a candidate who received 1 percent of the state’s vote is seeking a recount.
Johnson said she has confidence that the state’s county clerks will work as hard as possible, including nights and weekends, to complete the recount.
The recount could cost the state about $4 million, Johnson stated.
The campaign for president-elect Donald Trump on Thursday filed an objection to the Michigan recount. 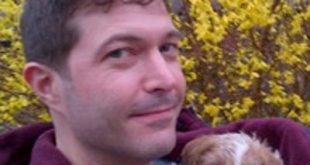 Matthew S. Mock, age 46, of Chicago, and a former resident of Sturgis, passed away …