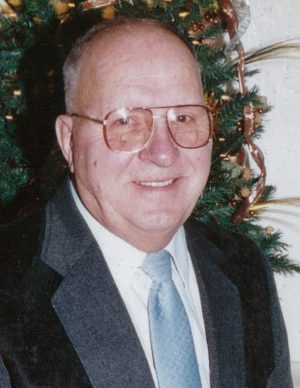 Bill Laverne Newman, age 88, of Three Rivers, passed away peacefully surrounded by family on Saturday, December 23, 2017 at Grace Healthcare. He was born in Three Rivers on July 22, 1929 the son of Frank and Gladys (Holmes) Newman.

Bill was a lifelong resident of Three Rivers. Bill graduated from Three Rivers High School and enlisted into the U.S. Marine Corps where he served his country honorably for eight years in active duty and reserves. He also achieved the Marine Corps Distinguished Shooter medal for his skills in shooting. Upon his honorable discharge he drove truck for two years and went to work for Elkhart Brass. There he worked as a machinist and went on to become a plant foreman until his retirement after forty three years of service. On April 13, 1978 he was united in marriage to Carol A. Sanders in Cadillac, MI.

He was an avid and life member of the National Rifle Association. He participated in the National Matches in Ohio every summer where he won many medals and trophies for his skill. He was also a life member and commander of the American Legion Post # 170, D.A.V in Elkhart, V.F.W. of Three Rivers, and Marine Corps Detachment of St. Joseph County 1401. Bill was active in the Three Rivers Eagles, Moose Lodge, and Three Rivers Elks. He was always busy assisting veterans and honoring his duties in the community. He also enjoyed hunting deer every winter in Wyoming.

Bill was preceded in passing by his parents, one son, and one sister.

The family will receive friends from 11:00 a.m. until time of funeral service beginning at 1:00 p.m. on Friday, December 29, 2017 at Hohner Funeral Home with Chaplain Norm Stutesman of the American Legion Post # 170 officiating.

Interment will be held at Riverside Cemetery with military honors.

Memorial donations may be directed to Marine Corps Detachment 1401, American Legion Post # 170, or The Newman Family c/o of Carol Newman. Envelopes available at the funeral home.