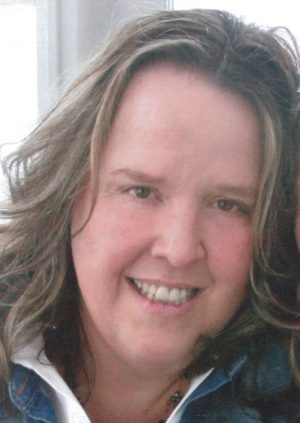 Melissa Marie Ash, age 50, of Three Rivers went to be with her family, and son Jake on Tuesday, January 23, 2018 at home with her best friend and soul mate, husband John by her side.

Melissa was an animal lover and she had seven furry kids at home. She always took care of the neighborhood cats outside. She used to say “the word was passed around about free food.”

She was diagnosed with breast cancer in 2013. She was an advocate for Borgess (Cancer Services), interviewed for Susan G Komen in 2017, and participated in Relay For Life. Melissa was just an all around advocate for Breast Cancer Awareness.

John and Melissa were united in marriage on January 26th, 1984. Together they loved to take road trips, going to craft shows, and antiquing, her findings made many people envious. Camping was her all time favorite thing to do and enjoying the beaches and looking for beach glass.

Funeral Services will be held at 10:00 a.m. on Saturday, January 27, 2018 at the funeral home with Pastor Derl Keefer officiating.

Memorial donations may be directed to Relay for Life, Susan G, Komen Foundation, or St. Joseph County Animal Rescue Fund. Envelopes available at the funeral home. Online condolences may be shared at www.hohnerfh.com.