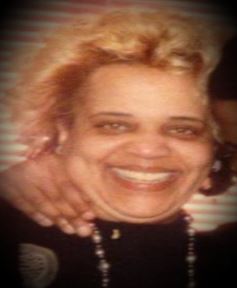 Vida Darlene Hunt, “Red” age 64, of Three Rivers, went home to be with the Lord on Monday, April 9th 2018. Vida was born May 26th, 1953 in Anchorage, Alaska. She was the first born child of Cornelius and LaDoris (Gilmore) Hunt. Vida attended Elementary School in Illinois, but later moved to Three Rivers in  1964. Vida was an avid dancer and loved to sing, and loved music, and God. She accepted the Lord Jesus Christ as her Lord personal savior, at the age of 16, and was baptized at Bethel Baptist Church under the leadership of Dr. Bobby Joe Tolbert. While in high school at Three Rivers High School in 1968 Jackie, and Susan Wright formed a group known as the “Cassanetts,” entered the talent show called the “Band Follies,” took first place four years in a row, with Vida as the lead singer. Vida graduated from Three Rivers High School in 1971, as salutatorian. Vida was part of the Miss Three Rivers pageant in 1972, and was an affluent member of the “Wildcats” cheerleading team, and was president of Youth Fellowship. After graduation, Vida attended Eastern Michigan University with the concentration of special education. That year her freshman year, Vida was nominated to her homecoming basketball court. Vida won homecoming “Kappa Queen,” escorted by George (“Iceman”) Gervin later drafted by the Virgina squires (A.B.A.), then by the San Antonio Spurs, (N.B.A.), then named as one of the greatest 50th players ever. After college, Vida worked for the UpJohn Company, currently known as Pfizer, until her retirement. On June 17th, 1981, Vida welcomed her only son, Caprice Edward Hunt-McIntee, into the world who survives. Vida was very active in church at the New Jerusalem Baptist Church where she earned the mother of the year award, and was the Choir Director, and Church secretary for a number of years. On May 26th, 1990 Vida married James Brown Jr., and lived in Sturgis where she was a caregiver and provider for those who were homebound. By the grace of God, Vida battled over 25 years with her health but she never gave up, fighting the fight of faith, but God chose to heal her eternally. Vida was preceded in death by her parents Cornelius and LaDoris Hunt, her stepfather Willie McLeod, her grandparents and baby brother Marco Alen Hunt. She leaves to cherish her legacy, her one and only son Caprice Edward Hunt-McIntee, (Evan Lawrence Ross Knowles- Decarmine) of Atlanta, Georgia, her siblings Edward Nelson Hunt, of Three Rivers, Annette Kimberly Hunt, of Warner Robbins, Georgia, Jeffrey Bruce Hunt, of Three Rivers, and Michael Allan Hunt, of Sturgis. Special women in her life include Katherine McGee, Cynthia Patterson, Helma Gehlbach, and a host of nieces and nephews Erin Anderson of Warner Robbins, Georgia, Jessica Cain, Civelle Hunt, Bernadette Hunt, Chloe Hunt, Cindell Hunt, and Grace Hunt, Henry Wayne Harris Jr. (Dena) Bonaire, Georgia, Aaron Brown, Ezekiel Hunt, Geoffrey Michael Hunt. Great nieces DeJah and Layla Harris, Mataya Hunt, and great nephew Deidrick Anderson.